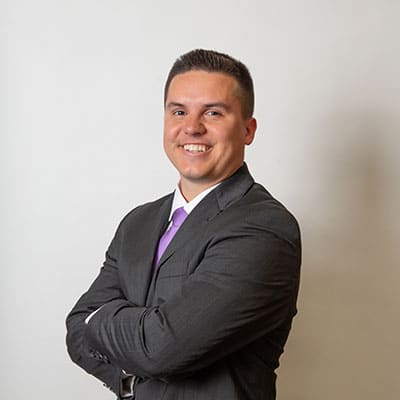 Alec began working part-time at Buchanan Funeral Service in 2015. Alec attended Oklahoma State University during his freshman year of college. He was undecided on a major but enjoyed his entrepreneurship classes and the part-time preaching job he had. Alec and Kara, the daughter of Ray and Jana Buchanan, began dating in 2013. Alec had been around the Buchanan family for a few years at this point and had gotten a first-person point of view of how they ran their business. It was clear that he could chase both of his interests, entrepreneurship, and ministry, by pursuing a career in funeral service. He transferred from OSU to UCO and received his Funeral Director License in 2020 and began working full-time at Buchanan’s.

Alec and Kara got married in 2018 and are currently expecting their first children in September of 2022, twin boys, Kayson and Keaton. He fills his time with family and friends and works with the Young Adults group at Lakehoma Church of Christ. Alec enjoys anything related to sports and traveling.