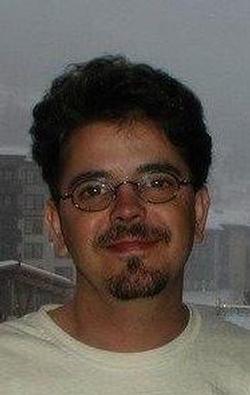 Albert Warren Stokes, III ("Trae") of Lakewood, Colorado, peacefully passed away on December 13, 2013, in Oklahoma City, Oklahoma. Trae was truly a wonderful man, who was blessed with the kindest and gentlest of spirits. He was not arrogant or boastful. He was thoughtful and considerate. He was loyal to a fault – the friend who would always stick by you. He never spoke an unkind word about anyone. In fact, Trae saw everyone as equals. To him, there was no difference between the man sitting on a corner with nothing and the accomplished man. If approached by both, he would strike up the same conversation with each. For these unfaltering qualities, he was admired by all that knew him. And while he spent a life battling severe Crohn's Disease – a disease which ultimately led to his demise, he never let the disease limit his desire and drive to live life to the fullest.

Trae was born November 29, 1969, in Savannah, Georgia and was raised in Oklahoma City. As a young boy, Trae enjoyed baseball. During his teenage years, he turned his focus to music, and this interest followed him through life. He played many instruments, and he sang with a number of bands throughout his life. Upon graduating from Putnam City North High School, Trae pursued and obtained a degree in recording arts from Full Sail University in Winter Park, Florida. He enjoyed a successful career as an audio and recording engineer, a career which he dearly loved. God blessed Trae with a keen ear, and he was widely respected for his remarkable and intuitive abilities in the studio. During his career, Trae worked with award winning artists and producers on a wide range of media, including TV and Radio commercials, documentaries, and feature films. He worked with Westlake Audio in Hollywood, California, and Ackerman McQueen in Oklahoma City, before ultimately settling in Colorado because of his love for the mountains. There, he worked for Crosspoint.

Trae had two true loves in life – his family and his life in White Pine, Colorado. As for White Pine, it is perched high on the Western Slope of Colorado, and he was lucky enough to enjoy every summer of his life there. The mountains and White Pine were woven into the fabric of his life, and he leaves behind many caring and supportive friends in the White Pine community. He cherished his time with them. As much as he loved the mountains, he lived for his time with his family; he loved everyone so much. For us, he was a gift, and words cannot express how much we will miss him.

He is survived by his Mother, Michele Eileen Drury Stokes; a father and truly special friend, Horace Sherman Brown, Jr. ("Sherman"); his father Albert Warren Stokes, Jr. and his wife Jane; his sister Theresa Stokes Hanszen and her husband Kent; his nieces and nephews, Elizabeth Hallmark, Emily Hallmark, Sam Hanszen and Iris Hanszen; his Aunt Margaret Drury Phipps and Uncle J.B. Phipps; his cousins Mara Phipps, Megan Phipps Burge, Margeaux Phipps, Roger ("Bucky") Harris, and Jeffrey Harris. He is preceded in death by his Aunt Maurine Elizabeth Drury Harris; his maternal grandparents, Maurice ("Buck") Henry Drury and Mary Adeline Drury; and his paternal grandparents, Albert Warren Stokes, Sr. and Marion Lucille Horn Wert. He is survived by a host of additional family and friends. Visitation will be Thursday from 5-8PM and Friday from 8AM – 5PM with a rosary at 6PM at Buchanan Funeral Service. The funeral Mass will be on Saturday, December 22nd at 10:00 a.m. St. Charles Borromeo Catholic Church 5024 N. Grove.