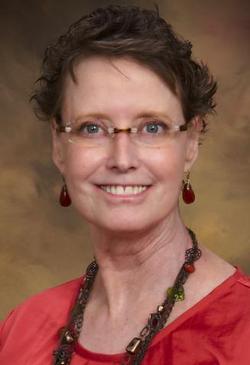 Alicia (Lisa) Ann Brazell, age 54, died February 21, 2013 after a courageous 3 year battle with cancer. Mrs. Brazell was born to Kenneth and LaVella Shockley on February 23, 1958, in Oklahoma City. She later met and married Ron Brazell, her devoted and loving husband of 36 years. They have one daughter, Serena Rae Griffin. After several years of being a stay at home mom to her daughter, she decided to attend college. Alicia graduated Summa Cum Laude from the University of Central Oklahoma, with a BS in Computer Science. She began her career working in the field of computer programming and ultimately retired, due to her illness, in November 2012, after 14 years of service to the Supreme Court of Oklahoma, MIS Division. Alicia hobbies included reading, cake decorating, playing cards, dancing, and backseat driving. She loved watching HGTV, which inspired her to complete remodeling projects at her and Ron's home. She enjoyed traveling on multiple trips, participating in book clubs and monthly "girls' night" card games. Although she cherished her relationships with multiple friends, Alicia was happiest when spending time with her family and attempting to spoil her loving grandchildren.
Mrs. Brazell was preceded in death by her grandparents Virgil and Jewel McCoy and Bernard and Gladys Shockley, her father, mother-in-law Helen Brazell, and lifelong friend Debbie Allred.
She is survived by her husband Ron, daughter Serena, and her precious grandchildren Meranda Skye and Blake Anthony Griffin. Survivors include her mother, LaVella McCoy and sisters, Anita Goss and husband Cliff, Gina Haque and husband Dewan, Cristina Vierus and husband Dan, and Angela Hite. Also surviving are many beloved aunts, uncles, brother and sister-in-laws from the Brazell family and numerous nieces, nephews, and cousins from both the Shockley and Brazell family. Family and friends brought joy to Alicia throughout her life, but especially during her illness and treatment.
Visitation will be Saturday, February 23 from 12:00 to 6:00 PM and Sunday, February 24 from 1:00 to 8:00 PM at Buchanan Funeral Service. A service to celebrate her life will be held at 10:00 AM, Monday, February 25th at the same location. Interment at Resurrection Memorial Cemetery, Oklahoma City will follow.