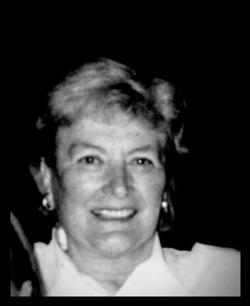 Dottie Lammerts, 94, passed peacefully with her family surrounding her. She was born in Philadelphia, PA to James F. Breuil and Helen Bartholomew. She moved to Buffalo, NY at the age of 12, attended Buffalo Seminary, and graduated from Bennett College in NY. She met and married the love of her life, Robert Lammerts in 1944. Dottie was a dynamic doer. She worked as a WAC during WWII as a Load Operator for American Airlines. In 1948 she, Robert, and their young family moved to Oklahoma City. There she continued her civic involvements. She was the Founding member of the Nichols Hills Parks, Former Director and member of: Harn Homestead, The Tree Bank Foundation, Executive Committee of the Oklahoma Zoological Society, Orchestra League of OKC, Inc., Oklahoma Museum of Art. Oklahoma Art Center, Oklahoma City Beautiful, Inc.

She was a co-owner of The Stem and Petal Flower Shop.

Dottie had always been a true friend and lover of all animals, domesticated and wild, especially her birds and dogs. She provided food and shelter to homeless and injured animals. In her later years she took over the Directorship of A.R.F of Nichols Hills (Animal Rescue Friends) that she ran for almost two decades. Dottie served as Vice-Mayor of Nichols Hills that she would jokingly say was her one vice. She was a creative genius and an accomplished artist. Her favorite portrait subjects were animals, of course. People knew Dottie to be a kind-hearted and fun-loving woman with an enormous amount of generosity, dedication, and energy.

In lieu of flowers, donations can be made to A.R.F of Nichols Hills, which would be much appreciated. Services to celebrate her life will be 2:00 pm, Saturday, November 26, 2016 at All Souls Episcopal Church.