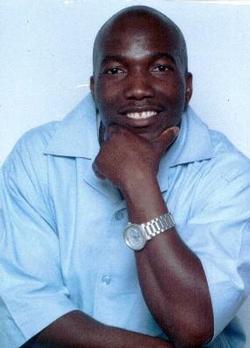 Anthony Zekeh Larkpor Jr. was born to Anthony Larkpor and Kou Betty Gibanlu on August 17, 1972 in Monrovia, Liberia. While there he attended Booker T. Washington Institute, majoring in business. He Came to America on February 25, 1993, where he later became a specialist in the United States Army. During his time in the army he worked as an Alpha Battery Technician. After serving eight years in the United States Army he received an Honorable Discharge in 2003. He attended Oklahoma City Community College where he obtained an Associates Degree in Accounting. Then he went on to obtain a bachelor&#39;s degree in Accounting at the University of Central Oklahoma on December 12, 2008. Anthony was married to Teresa Prince on May 19, 1998, they share a total of four children; Don&#39; Trey (15), Zeke (14), Ezekiel (6), Tatyana (1), and a baby on the way. Preceding him in death mother Kou Betty Gbanlu and Sister Millie Larkpor. He is survived by mother and father Anthony and Martha Larkpor, 9 siblings; (sisters) Joyce, Louisa, Judy, Antoinette, Daniette, Trafina, (brothers) Leonard and wife Chris, Ebenezer, Samuel, and a host of cousins, nieces, and nephews. Anthony Zekeh Larkpor Jr. will be greatly missed.