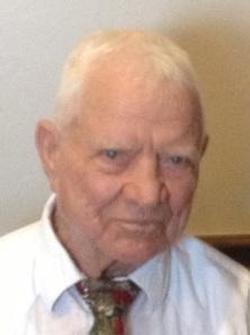 Art Manning, loving husband, father, grandfather and friend, passed from this earth to be with his heavenly Father on February 9, 2015. Born January 8, 1924, Art was preceded in death by his wife Peggy; his parents, Judson & Roxie Manning; and brothers John & Jim. Art leaves behind his two devoted sons, Robert & wife Carol of Edmond, and John & wife Regina of Oklahoma City, sister Anna Faye Carter of Lawton and an assortment of grandchildren, great grandchildren, nieces and nephews.

Born in Grandfield, Oklahoma, Art grew up in Lawton, attended Cameron Junior College and joined the U.S. Navy in 1943. Boxing was a boyhood dream that came true while at Cameron and during his service in the Navy. Art later attended Oklahoma State University in Stillwater where he met his future wife, Peggy. They eventually moved to Oklahoma City where they began their family and started a new business, A.M. Supply.

In addition to spending time with his family & friends, Art's favorite pastime was playing golf. He also enjoyed fishing and bowling on his Wii.