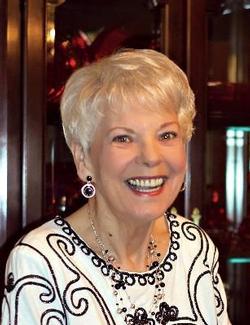 Avis Doris Pugh-Waterbury was born to Money & John Pernell on December 22, 1934 in Farmers, KY. She passed into rest January 16, 2012 after a valiant eight year battle with cancer.
As a young girl she moved with her family to Norfolk, VA. At 15, she accepted Jesus Christ as her personal Savior when she realized that He died to pay the penalty for her sins. She later stated, &quot;From the moment I accepted Jesus, I wanted to live my life for God.&quot; During her teen years, her family moved to Upland, IN where she spent her high school years. She met Leon Pugh from Balko, OK while attending school at Bob Jones University in Greenville, SC. They were married June 1, 1955, the day she graduated from college.
Avis embraced life to the fullest in her personal and professional life. She was a dynamic wife, mother, grandmother, sales woman, property investment manager, real estate agent, financial advisor, proofreader at the OK State Senate, business investor and a high school English and drama teacher retiring from teaching in 1996.
After Leon&#39;s death she married Harrol Waterbury on her birthday in 2003.
She is survived by her son Raymond Leon Pugh, Jr. & his wife Stacie; her daughter Kahla & her husband Patrick Hurley; 2 brothers Cecil & Fred; grandchildren Kenton, Josh & Harper Pugh and Peyton & Briana Hurley; nieces, nephews, and a host of friends. She is also survived by her husband Harrol and his children Eric, Sherri & husband Bob, Patti, and Michael & wife Brenna; and 4 grandchildren.
Avis was a true champion of her faith in Christ and had the gift of hospitality. She will be truly missed.
Visitation will be at Buchanan Funeral Service on Friday, Jan. 20, 2012 from 9AM to 8PM with the family receiving visitor from 6 – 8 PM. Service to celebrate her life will be 1PM, Saturday, Jan. 21, 2012 at Metropolitan Baptist Church after a private burial.
In lieu of flowers, the family suggests donations be made in Avis&#39; name to Integris Hospice House, 13920 Quailbrook Dr. OKC, OK 73134, or to the charity of your choice.