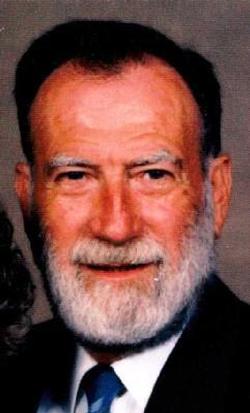 ASKINS
Baird Orlando was born on August 6, 1926, to Harley Chase Askins and Lucy Ellen (Beard) Askins. He went to be with His Savior on November 6, 2009. He received his Bachelors Degree in Psychology from Oklahoma City University and served in the Navy during World War II and the Korean Conflict. While stationed in Norman, Oklahoma, he attended the Service Men's club at First United Methodist Church in Oklahoma City. It was at FUMC where he later met and married Wanda Faye Taylor in 1951. They remained a loving couple until his death. He was an active member of First United Methodist church for all of his adult life, serving on many committees, as a youth sponsor and a member of the Chancel Choir. He worked at Lucent and retired in 1988 after a 28 year career. During his sons' years of participation in the Boy Scouts of America he served as an active leader with Boy Scout Troop 84. After his retirement he became an avid tennis player, and enjoyed playing that sport until age 79. He was a good and faithful husband and father, admired and respected by family and friends. He was preceded in death by his parents; a brother Robert Askins of New York and a son, James Bennett Askins. He is survived by his wife, Wanda of the home; three daughters, Susan (David) Wisby, Judy (Richard) Beyea, Karen (Richard) Boyd, and two sons, Bill (Celia) Askins and David Askins, as well as their children and grandchildren. In lieu of flowers, the family request any donations be made to First United Methodist Church of Oklahoma City, 131 NW 4th, OKC, OK 73102. Service to celebrate his life will be 1:00 p.m., Saturday, November 14, 2009 at First United Methodist Church.