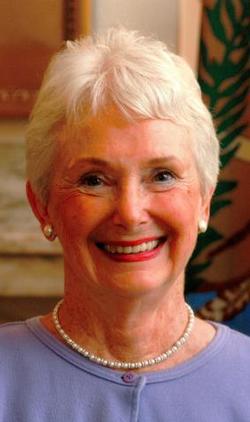 Sunday morning, December 11, 1932, Barbara Joan Pratt was born to John and Jewel (Snyder) Lee in Tulsa, OK, in the home of her parents, and attended by her paternal grandmother.

At the age of 13, Barbara moved to Oklahoma City and attended, graduated from Northeast High School. In her junior year, she started dating her future husband, Lloyd (Sonny) Pratt. They were married December 22, 1949.

In the early years of their marriage, she was a typical Navy wife, traveling between Oklahoma City and California to be with Sonny during his enlistment in the Navy. Upon Sonny's discharge, they moved back to Oklahoma City, and Sonny learned the polishing and plating business, and eventually bought Classen
Plating Company on Classen Boulevard.

Barbara worked along side of him, keeping books, running errands, always there to greet the many customers who walked through the door. All the while, she was a Mother of 3 children, active in their activities and endeavors, church programs, family dinners, cooking for any and all that would be at their table. She adored and cherished being an ordinary housewife, but her true love was being a helpmate to Sonny at "The Shop".

When the time came to retire from The Shop, she became involved with real estate and worked in that capacity for 15 years. She and Sonny traveled in their motor home for another 15 years, meanwhile enjoying their houseboat on Lake Eufaula.

Barbara is now in the arms of her Lord and Savior, happy to be home with him, and feeling no pain. As for her family and friends, we are all rejoicing in her release from a long fight with cancer.

The family would appreciate Donations to Integris Hospice House in loving memory of Barbara.

Services to celebrate her life will be at 11:00 AM, Tuesday, January 14, 2014 at Western Oaks Christian Church with burial to follow at Memorial Park Cemetery. There will be a reception for all following the committal Service at The Mansion at the Waterford.