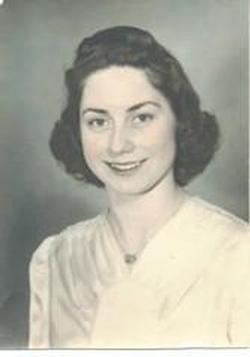 Born Edna Fay Grant, she was adopted out shortly after birth due to her mother dying in a fire.
Scottie had two older sisters, Frieda and Clara. She attended Immanuel Lutheran School and was Valedictorian.
She and her family relocated to Oklahoma City in 1950.

Scottie went to begin her new life in her heavenly home on February 23, 2012.
She was predeceased by sons, Peter and Paul and is survived by sons, Alvin, James, Grant and by daughter, Carol as well as 12 grandchildren and several great-grandchildren.