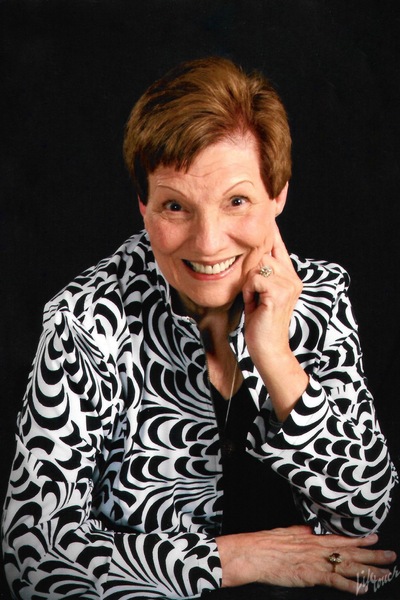 To view the livestream of Betty’s service, Please Click Here.

Betty (Elizabeth) Jean Borelli, of Oklahoma City, OK, entered her Heavenly home on March 28, 2022. She was born on August 30, 1938 in Oklahoma City to Dorothy and C.D. (Bus) Buser. Betty attended Rosary Catholic School and graduated from McGuiness High School in 1957. She attended the University of Oklahoma where she was a member of Gamma Phi Beta. While at OU she met the love of her life, Frank Borelli. The couple married on October 18, 1958 and resided in Oklahoma City where she was employed with Robertson Steele Co. In 1959 Betty and Frank moved to Okarche, Oklahoma to begin a wonderful life full of family, friends and travel. They loved the Oklahoma Sooners and rarely missed a game. They both cried tears when Notre Dame beat OU ending their long winning streak. They enjoyed many “Okarche Ski Club” trips and traveled the world with close friends. In 1977, the family moved to Green Mountain Falls, CO for their son Mark’s Senior year at the Abbey. While there, they purchased a mountain home which became and still is a special gathering place for family and friends. After returning to Okarche, Betty was employed for 30 years as Director of Government Sales for a local car dealership. She and her dear friend Carter enjoyed many successful years selling vehicles to the Government and innovating new ways to win complex contracts. Betty is pre-deceased by her parents; son Mark Borelli; her brother Dick Buser; Aunt Jeannette Fitch; and uncles Don and Robert Fitch. She is survived and will be deeply missed by her loving husband Frank of 63 years; her sister Janet and Jerry Miller; her son Mark’s children, Jordan, Summer and Kenzie; daughter Jan and Billy Petty, children Meggan Whitsitt, Marissa Dreiling and Elijah; Gina White and Joel Robidoux, and her children Hayden and Mitchell; Jill and David Youngblood, children Zachary, Jared, Dylan and Cade; brothers-in-law Pat and wife Clare Borelli; Mike and wife Dawn Borelli; Sister-in-law Carolyn Buser; 3 Great Grandchildren, Truett Dreiling; Hunter Brodnax; and Wynn Whitsitt; as well as numerous nieces and nephews who brought them immeasurable JOY! Bishop Edward Weisenburger of Tucson, AZ will officiate the Mass of Christian Burial which will be held at 10:00 a.m. Saturday, April 2nd at Epiphany of the Lord Catholic Church,s 7336 W. Britton Road, OKC. Interment will follow in Gabriel’s Garden at Resurrection Cemetery directed by Buchanan Funeral Service. In lieu of flowers, donations may be made to the Center of Family Love, 635 W Texas Avenue, Okarche, OK 73762.