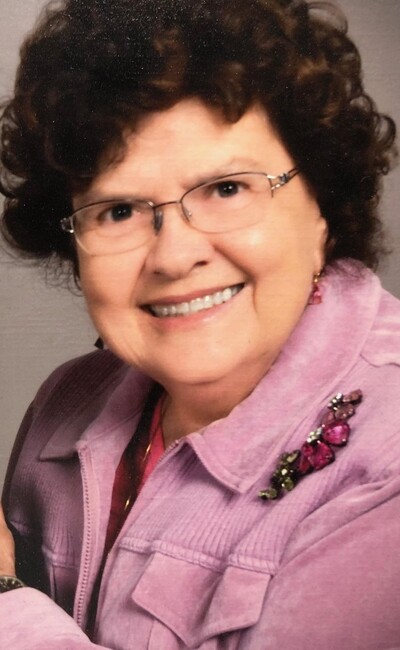 Growing up in Minco Oklahoma, Betty participated in 4-H Club. After her first showing at the Grady County stock sale, Betty was told what was going to happen to her pet sheep “Shropie”.  She cried all the way home.

Betty Jean Von Tunglen was born on October 6, 1939 in Elk City, Oklahoma to Ernest and Lola Andrews. She graduated from Oklahoma State University in 1961 and for the next 3 decades she taught elementary education in Minco and in the Putnam City School district.

As a devout Christian, Betty did far more than teach basic education, she taught right from wrong, good from bad and respect for others. She empowered her students with a “can do” spirit.  Betty students affectionately called her “Mrs. VT”. Over the years, as her students turned into adults, many found their way to back to thank her for the impact she had on their lives.

Betty loved to travel in her RV and particularly with her grandchildren. They traveled as far away as Alaska and many times to her favorite place, Disney World.

Betty joined her grandson Alex in Heaven on April 10th. She was 80.

Graveside services will be held at Evergreen Cemetery in Minco, OK on Tuesday, April 14, at 1:00pm. In Lieu of flowers a donation to the Cherokee Hills Christian Church Building Fund, 6601 N. MacArthur, OKC, OK 73132 is greatly welcomed.