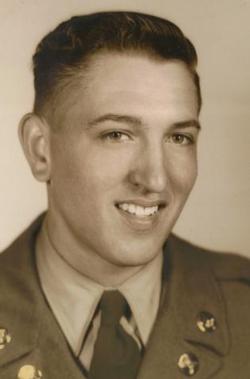 Bill R. Hibbert was born on September 20, 1931, to Willie and Nancy Hibbert in Comanche, Oklahoma, and passed away from this life on October 27, 2016. Bill graduated from school in Comanche and then served in the Army as a Military Police Officer from 1951-1954. After being honorably discharged, Bill entered college at Oklahoma City University where he earned his degree in Industrial Arts. He was employed by the Oklahoma Department of Transportation as a Civil Engineer for over 40 years. During that 40 years, much of it was in the Rural Design Department. One notable highway design to his credit is Oklahoma State Department Highway 1 that joins with Arkansas Highway 88, combined together, this stretch of highway is better known as the Talimena Scenic Drive. Following his Highway Design career, he became employed by FEMA and was able to travel and chase disasters. Bill enjoyed gardening, fishing, and living at the lake, as well as a good OU football game or John Wayne movie. Bill was raised by his loving aunt, Edna (Toot) Hibbert, who is given credit for selflessly raising her own children as well as two nephews. Bill is survived by wife, JoAnn Davis Hibbert, who he married 58 years ago. He is also survived by his children, son Curtis (and wife Sandra), and daughter Sara (and husband Stephen); brother, Millard; sister, Jessie; brother, Kenneth; as well as his cousin Bob (and his wife Alline). Bill was also a proud grandfather of 4 grandchildren: Daniel, Joshua, Evan and Samantha. Visitation will be Sunday, October 30 from 12:00 noon until 8:00 pm at Buchanan Funeral Service. Graveside service to celebrate his life will be 11:00 AM, Monday, October 31 at Fairview Cemetery in Tuttle, OK.

"I have fought the good fight, I have finished the race, I have kept the faith", 2 Timothy 4:7.