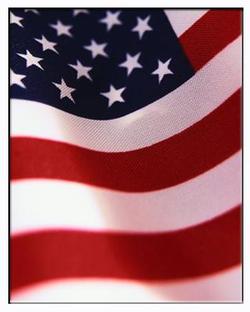 On June 28, 2012, Buddy Albert Adamson (Bud) took his Savior's hand and flew to his eternal home after a long struggle with a lung disorder (UIP). Bud was born in Oklahoma City on April 17, 1932, the son of D. C. Adamson, Jr. and Adele (Alberts) Adamson. His family moved frequently and he attended several schools in Oklahoma, Kansas and Washington, graduating from El Reno High School in 1950.

He joined the Air Force in December of that year during the Korean War, spending 30 months stationed in Japan. Upon his discharge from the service, he worked for Page Aircraft, Boeing aircraft and finally began his career with the FAA, retiring in 1987 as an Aviation Safety Inspector. He then became President of AvCon Inc, doing consulting for several airlines in the states and Australia. He retired a second time to work with his son, Bryan, building homes in the Piedmont area for several years. He was a master Mr. Fix-it who could repair nearly anything and he received much joy helping others with repairs or guidance. His large family will truly miss the vast knowledge of their beloved patriarch. He was intent on sharing memories of his life/childhood for the younger generation, writing many stories and poems for his family. His faith ever strong to the end, he never failed to share his love of Jesus with those who would give ear to his testimony. He was a member of Bethany 1st Church of the Nazarene, and attended Heritage Baptist Church when his health permitted. He then enjoyed TV Pastor Dr. David Jeremiah. Truly, his greatest joy was his family and knowing that they all shared his love of Jesus. This beloved Dad, Daddy, Pa-Pa, Grandpa and friend leaves a rich legacy, and will be missed greatly. Our comfort is in knowing he awaits us in our heavenly home, where he is surely discussing "time" with God.

Family visitation and viewing will be Saturday and Sunday, 1-8 PM with family receiving visitors on Sunday from 2-5 PM. Services to celebrate his life will be 2:00 PM, Monday, July 2 at Heritage Baptist Church with interment to follow at Chapel Hill Memorial Gardens.