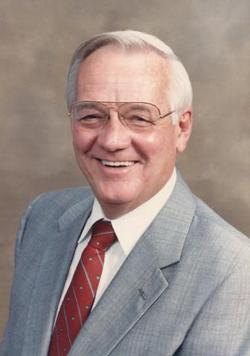 Charles E. Douglas, Jr., born on November 19, 1929 in Oklahoma City, was a graduate of Capitol Hill High School. He had two life-long loves; aviation, and his wife, Annette. He took flying lessons ultimately soloing on his 16th birthday, and married Annette at 19.

"Charlie" started his career as a mechanic and later bus driver for the Oklahoma Transportation Company. He moved to Meadow Gold Dairy and worked as a milk man in order to spend evening hours at Catlin Aviation trading work for flying lessons giving him an opportunity to establish a career in aviation. While obtaining licenses and additional ratings, Charlie flew as an instructor, took charters, and even sold airplanes. In 1967 Charlie went to work for CMI Corp as a corporate pilot quickly becoming their chief pilot. As chief pilot, he coordinated the delivery of salesmen and parts all over the US, created and maintained a fleet of 12 planes, and oversaw pilots in multiple cities. He served CMI faithfully for 25 years. After retiring from flying with over 14,000 hours, Charlie continued with CMI as head of the Parts Department significantly increasing efficiency.

Since 1975, Charlie has been a member of the OKC Hangar of Quiet Birdmen – an association of pilots, and served as its governor in 1997. Charlie remained active in aviation visiting Wiley Post Airport daily and attending Airport Trust and Safety meetings routinely. He was instrumental in obtaining an ILS approach for Wiley Post.