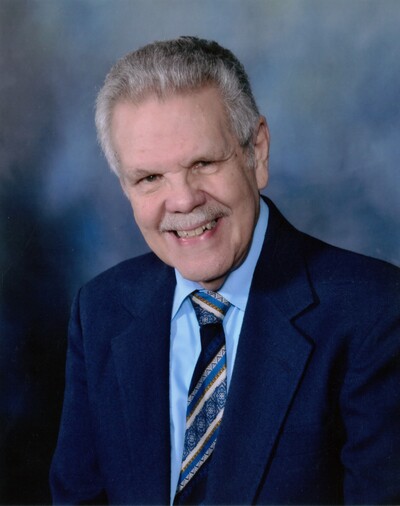 To view the livestream of Charles’ service, please Click Here.

Charles Robert Gorham, our loving husband, father, PaPa and friend, joined his Lord and Savior Jesus Christ in Heaven on Tuesday, February 2, 2021. He was born in Oklahoma City where his parents Gordon Charles Gorham and Frances Audrey Gorham lived. Charles grew up in OKC where he attended Edgemere Elementary, Harding Junior High, Classen High School and finished high school at Northwest Classen as a member of the first graduating class in 1956. He was so proud to be a Knight!

Growing up, Charles enjoyed going hunting with his father for pheasant and quail. He loved the outdoors and loved being with his dad. Charles continued his education, receiving his bachelor’s degree in Industrial Engineering from Oklahoma City University and went to work at Tinker Air Force Base. He spent 17 years at Tinker before taking a job with the FAA at Mike Monroney Aeronautical Center until retiring in January of 2001.

Charles met his wife Caryll Ann Gorham at a wedding in June 1963. He was a groomsman and she a bridesmaid. He asked her out and that started a 57-year romance. They were married a month and a half later. They loved to travel and did so at every opportunity – the world was their playground. Joining them many times on their adventures were their very close friends, John and Sherilea Brown.

In 1970, they adopted Stephen and he was the light of their lives. As it worked out, he loved to travel too. Charles spent time with Stephen in the Cub Scouts and he and his wife went to all of his sporting events.

Charles went back to graduate school at OCU where he earned his MBA while working full time with a young child.

He and his wife loved to bowl and did so in a league for several years. They also loved to play bridge and played in a couple’s group. They loved going to casinos and went to Las Vegas many times through the years. Charles was an avid OU football fan and a season ticket holder for many decades.

It was a glorious day when they were blessed with their grandson, Jackson Cade Gorham. As an only grandchild, Jackson had his PaPa wrapped around his little fingers. Charles and Caryll always went to Jackson’s activities and sporting events with pride.

Charles never met a stranger and would always have a joke up his sleeve to deliver at just the right time. He always had a smile on his face and was by far the most photogenic of the group.

He loved his Heavenly Father, his family, his friends and his dog, Juneau.

He was preceded in death by his parents, several aunts and uncles. He is survived by his wife, Caryll Ann Gorham, son Stephen, wife Angel and grandson Jackson Gorham.

A very special thank you to Shelly and Sally from Excell home health for their great continued help and loving care.