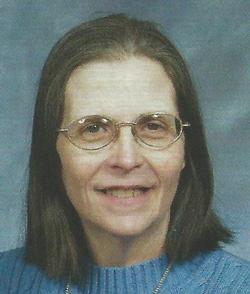 She was born March 18, 1952 in Poplar Bluff, MO to Betty (Milster) and Raymond Tanner. She graduated from Poplar Bluff High School and went on to have a career as a medical records technician. Corliss had a deep commitment to her faith, which she demonstrated by making rosaries for missions around the world and for people in need. She was a secular member of the Discalced Carmelites. She was a member of The Blessed Virgin Mary of Mt. Carmel and St. Teresa of Jesus, community of Oklahoma City in the Province of Oklahoma/St. Therese. She joined the community as an aspirant in 2000 and was clothed in the Secular Discalced Carmelite Scapular in 2001. She made her first promise in 2007 and made her Definitive Promise to the Community on Jan 16, 2010. Corliss was an active member in her community where she sat on Council and served as Formation Director. She enjoyed spending time with her family, especially her granddaughter, RaeAnna. She was an avid Thunder and NASCAR fan.

Her father, Raymond Tanner, and an infant sister, Barbara Kay Tanner, preceded her in death.

The family would like to thank Humanity Hospice, especially Marie and Melinda, for their compassionate care.

The family requests memorials may be made to Catholic charities.