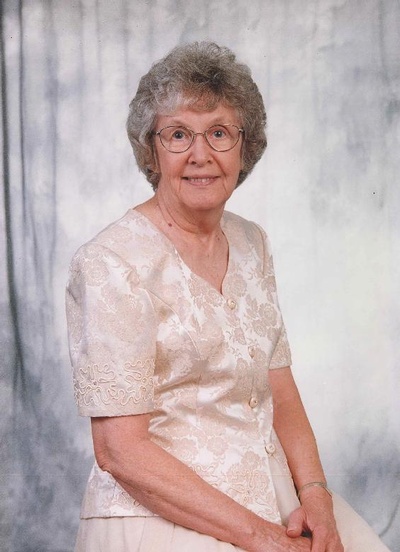 Darlene Fern Toepfer died July 29, 2018, in Bentonville Arkansas. Darlene was born October 29, 1930, in Hitchcock, Oklahoma to Fred and Esther Shubert Tolman. She graduated from Hitchcock High School and soon married the love of her life, James Toepfer on July 30, 1948. They were married for 68 years.

She worked a series of jobs before moving to Kansas City, Kansas and began work as a bookkeeper at Ethan Allen Furniture store where she worked until her retirement.

Darlene was a devoted member of the Victory Hills Church of the Nazarene in Kansas City, KS which she attended for 52 years.

Darlene and James moved to Innisfree Retirement Center in Rogers, Arkansas in March 2016. She continued to live there after James died in October of that year. She had many new friends at Innisfree and enjoyed visiting with them until her health prevented her from doing so.

Services will be August 4, 2018, at 10 am at Kingfisher Church of the Nazarene with Pastor Jeff Liles officiating. Burial will follow at Kingfisher Cemetery.