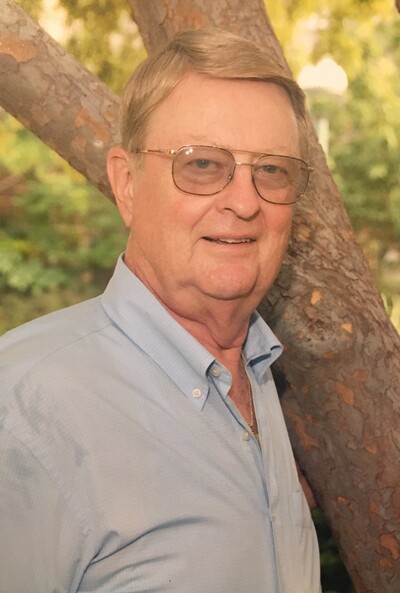 Darrel W. ZumMallen passed away peacefully on October 4, 2022.  He was born on October 24, 1937 to Herman and Mildred ZumMallen in El Reno, OK. While attending college in Stillwater and studying mechanical engineering, Darrel met the love of his life, Annette, while attending a Lutheran convention in NYC where Annette lived.  In1958 they were married and the lived in Stillwater while completing his college.  His occupational career that followed was inclusive of:  AeroCommander as a private Aircraft Mechanic followed by 20+ years with TG&Y department stores.  There he was a Manager of the auto repair department and later became the Buyer for the company’s auto products line.  This included many trips to the orient to select next years products within TG&Y stores.  Later, he would work as a Sales Rep for auto specialty products; Lowes – great customer service within the Tool department; Farmer – always wanting to go back to ‘his roots’ by helping extended family and assisting with crops.  During these times Darrel and Annette lived in 3 homes the later one, in Edmond, for 40+ years.    Darrel is survived by his wife, Annette ZumMallen; daughter, Susan Wilmoth & husband Jimmy Wilmoth; son, Bruce ZumMallen & spouse Cris Miller; granddaughter, Taylor Wilmoth-Aguirre & husband Oscar Aguirre and grandson, James Wilmoth.  Funeral Service will be at 1:00pm on Saturday, October 8th at Holy Trinity Lutheran Church in Edmond with burial to follow in Resurrection Cemetery, OKC.