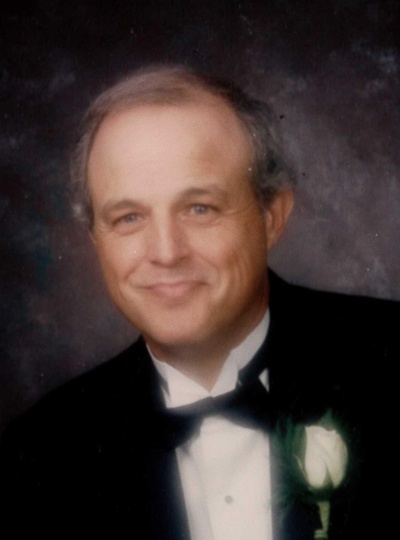 David Carroll Moninger was born March 26, 1941 to Gerald and Marian Moninger of Bethany, OK.  He attended Putnam City High School and was a member of the Twelve Year Club.  He excelled in football and baseball.  He graduated in 1959.  He attended OSU, was a member of Kappa Sigma Fraternity, participated in ROTC and graduated in 1962.  Upon graduation, he entered the Army as a 2nd Lieutenant.
On June 12, 1964, he married Judy Buttry of OKC.  They raised three daughters.  He was a Food Broker for 40 years in partnership with his father-in-law, E.P. Buttry of Buttry Brokerage Company. Upon retirement, he and his wife, Judy, partnered with another couple to create Walnut Creek Wedding Chapel in 2003 to present. He was an avid bow hunter and fly fisherman and enjoyed the outdoors. He is survived by his wife, Judy. Daughters: Michelle Moninger, Sheridan Carrilho, Allyson and son-in-law, Glynn Greenhill. Eight grandchildren:  Chase Carrilho, Emily Carrilho, Reed and Emily Greenhill, Brock and Alisha  Greenhill, Parker Greenhill, Brayden Greenhill.  Three great-grandchildren: Bailey Greenhill, Piper Greenhill, Tucker Greenhill.  His brother, Gene Moninger of Minnesota, plus, many beloved nieces and nephews.