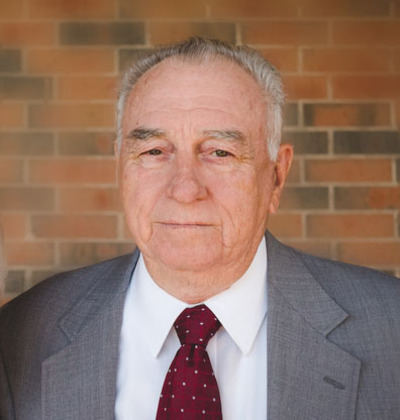 David was born on April 29, 1940, in Springfield, Missouri to Lawrence David and Jessie Leola Dill.  He was the oldest of 5 children.  Sisters Linda Lott and Retha Beebe preceded David in death. Sisters Marcella Wake, Springfield, Missouri and Fonda Loftin, Conroe, Texas survives him. David married Janis VanScoder on March 11, 1960, in Oklahoma City.  They were happily married 62 years and together they raised two sons. Blake, married to Beverly, lives in DeBary, Florida and Byron, married to Michele, lives in Overland Park, Kansas.  David has three grandchildren and one great granddaughter. Grandson Austin, married to Abby, grandson Tyler, married to Faith and their daughter (great granddaughter) Lily whom he adored, and granddaughter Whitney, married to Jacob. We can’t leave out the other love of his life, Julee, the dog.

David joined the Army and served in the Reserves from 1958 to 1966. David joined the fire department where he served 20 years, 1963 – 1983, as a firefighter.  He loved his job and fellow firefighters as family. He worked hard and retired as district chief.

David loved hunting and especially loved fishing. He would hunt and fish with his sons and later take his grandkids with him. After he retired, he enjoyed sharing his hunting and fishing trips with his good friends Charlie and Granville. David was a storyteller, and would tell many stories about the adventures he shared with his friends.

David was a character for sure. Underneath his dry sense of humor and ornery personality was a sweet and loving man. He loved his family and friends dearly.

In lieu of flowers, the family asks that donations be made to “In Search of the Lord’s Way,” please click here to make a donation.