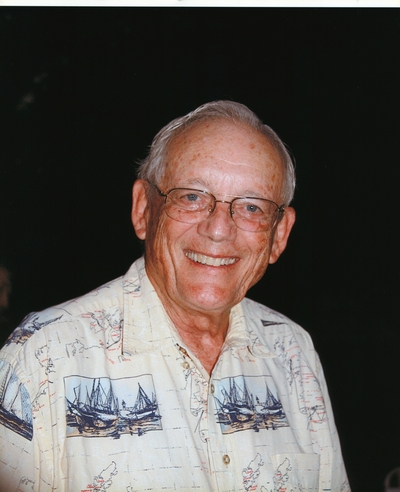 David Phelps Giles entered heaven on August 10, 2022.  David was born south of Chicago in the small rural community of Watseka, Illinois on September 17, 1931, to Ralph Thompson Giles and June Audrey (Phelps) Giles.  He was the youngest of 3 children, having elder sisters Gloria (Remy) and Sue (Marshall).  He was baptized on April 1, 1945, in the First United Presbyterian Church.  His father passed unexpectedly when David was 9 years of age and the family moved to California for a year before returning home to Watseka, Illinois.  He graduated from Purdue University with a Psychology degree and completed ROTC before joining the US Army.  He was stationed at Ft. Sam Houston, Camp Polk, and Ft. Riley.  While at Ft. Riley, he met a young blond lady named Alice Marie Sewing and they were married on February 5, 1956, in Manhattan, Kansas.  He worked for Sears & Roebuck for a short time before starting a career with Western Electric at their Hawthorne plant in Cicero, Illinois. Career advancement meant moving to a new Western Electric plant being constructed in Oklahoma City at Reno & Council roads.

In 1959 they joined Messiah Lutheran Church in Oklahoma City and in 1965, they welcomed their only child Steven David.  They encouraged him to pursue his dream of becoming a veterinarian.  David was a member of Messiah for 63 years until his death.  While at Western Electric, he held the positions of supervisor and department chief.  He was instrumental in the formation of a credit union for the employees of Western Electric, which is known as WEOKIE credit union.  This was perhaps his proudest moment in his career, and he was the Chairman Emeritus of the board.  Retirement opened new chapters for him, including regular golf outings with his group (he had two hole-in-ones), and travel both domestically abroad.  He loved his daughter-in-law, Diana Lynn (Vovk) Giles but his life was deeply enriched with two grandchildren, Blake Giles and Dillon Giles.  Next to his wife Alice, they were the greatest gifts bestowed to him by God and he thoroughly loved spending time with them.

He served on various committees at church and was a church elder for many terms.  He believed in Jesus Christ and his faith strengthened with age.  Known for his orneriness, humor, and charismatic smile, he is survived by Alice, his wife of 66 years, son Steven and wife Diana, grandchildren Blake (Tanna) Giles, and Dillon Giles as well as nephews Steven Marshall, Benjamin Marshall, and Elizabeth Marshall.  Visitation will be Monday, August 15th 1-8pm (family present 5-7pm) at Buchanan Funeral Home.  Services will be at Messiah Lutheran Church on Tuesday, August 16th at 10:00 am with internment to follow at Resurrection Memorial Cemetery in Oklahoma City.