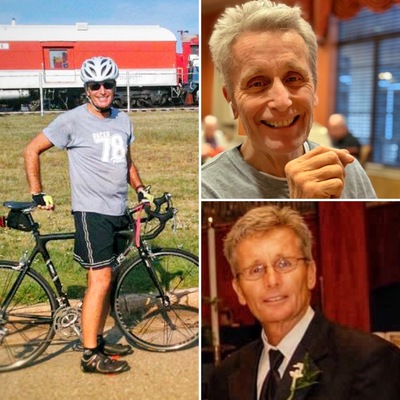 Don was  born in Ft. Wayne, Indiana to Don Sr. and June Lake. He graduated from John Marshall High School in Oklahoma City in 1962. He went on to join the Navy and was on active duty, including time on an aircraft carrier, until 1965. He never stopped loving boats and ships, and had a sailboat later in life. Don spent his career in the insurance and structured settlement business, working and cultivating business relationships and friendships across many state lines.

Don’s passion in life was having fun and interacting with people, and he never met a stranger. For that reason, his 30 years of service as the Mayfair Heights Methodist church youth director can hardly be called work – it was his passion to share God’s love and serve the community through music and the craziest games and activities he could dream up, including “mystery ramble” events with surprise destinations, Sunday morning biscuits and gravy fundraisers, mission trips, ski trips, the annual “pie fling” event, and the famous Jesus Christ Super Soul Band which toured the state for several years.

Don was a health nut, exploring nearly every diet known to man, including a cold beans and corn diet, replacing meals with Shredded Wheat cereal, South Beach, oatmeal for lunch, fish pills, organic foods, Mediterranean, Atkins, veganism, carbs in the morning, and more, always pursuing that elusive flat stomach (that he already had) and could be counted upon to declare a fear of “mounting the scales” after holidays and vacations. He was an avid cyclist, or in his words, “the bike and me are getting along well” and he often set goals to ride 3,000-4,000 miles per year. He was a crazy, creative spin class instructor at Pacer Fitness Center for over 10 years. Music was an important part of every aspect of his life, and spin class was no exception; he was so excited to get his first iPod to use in class, joking that he was “still learning how to use it because I’ve erased everything twice!” As with all other aspects of life, he was not discouraged in the least, and became famous for his spin class playlists. Don also loved swimming and running, and could run a sub-nine mile well into his 70s. He also tolerated racquetball and golf, but mostly for Steve’s sake.

Don loved music, a great influence of his own father, and shared this love with anyone who would hold still long enough. He loved to sing along, with perfect pitch and rhythm, and attended many concerts, not to mention playing guitar and singing at church and at home. His favorites were Elvis, The Beatles, The Beach Boys, Sinatra, and many other classics. He also loved to write, whether an encouraging note, a poem, an email, and even some posts in his short foray into social media. He was known for limericks, which he could truly pull out of a hat, and also for awkward sign offs, often just ending a note with “That’s all for now…” He always had a ridiculous impression, an inside joke, or a cheesy “dad joke” that he would try out on the unsuspecting victims around him. He also liked to intentionally use the wrong words for things, such as “I’ve gotta get my wig cut” when his hair needed attention. When he didn’t know what to say, he’d just drop a favorite movie line, like, “So, I’ve got that goin’ for me, which is nice.” At the heart of it all was humor and fun, and he was the first to laugh at himself if it put a smile on someone’s face.

There will be a private graveside service.

There are many ways to celebrate a person or a life well lived. The first time Don reached 6,000 miles on his bike odometer, he pulled over (on the Lake Hefner dam road) and toasted the mileage with his water bottle. In lieu of flowers, the family requests that you toast Don’s life with a beverage of your choice, while doing something you love. Perhaps even tell a cheesy joke.

Donations may also be made in Don’s name to the Alzheimer’s Association.

Okay, that’s all for now.