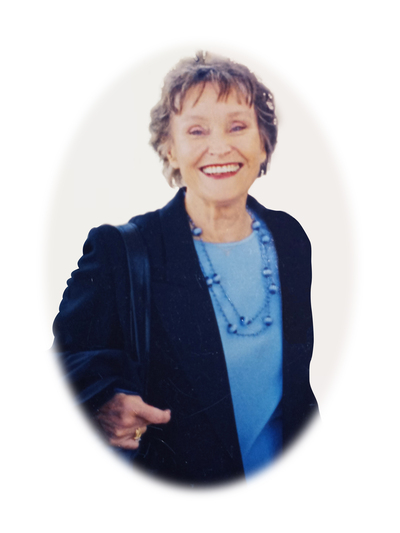 Dorothy Jean Kennedy was born to 1st generation Czechoslovakian immigrants Joseph Jezek and Bessie Salda Jezek on March 18, 1934, in Oklahoma City, Oklahoma. She was from an Oklahoma pioneer family as her mother arrived in Oklahoma from Czechoslovakia prior to Oklahoma statehood. She died peacefully at Concordia on July 14, 2022. Her Czech heritage remained an integral part of her life as she was the 3rd child and first daughter of 6 children. Three of her nieces were Czech queens. She traveled with her siblings to the Czech Republic. She graduated in 1951 from Classen High School. She worked at Southwestern Bell Telephone in the directory division for several years. She had three daughters with her first husband, Harry Koenig, and he precedes her in death. After her 1st child was born, she became a full-time, watchful mother, raising her three daughters, Karla Randall (husband, Bill) and Karen Stuart of Oklahoma City and Kristen Koenig of Lakewood, Colorado. She married Edd Kennedy in 1983. She was a longtime Crown Heights Christian Church member, and she shared and encouraged the word of God with her family. She worked a total of 26 years for BC Clark’s Jewelers first at their Mayfair location and then at their Penn Square location. She accompanied Edd and other family members on backpacking trips to New Mexico and Colorado. She had a dry sense of humor, and one of the things she fondly requested is to remember her when we shop at Silver Springs shopping center across from Resurrection Cemetery. She was seen by others as a classy individual both in actions and appearance. She is predeceased by her parents, sister, Betty Sams, brothers Bill Jezek and Ed Jezek, sister-in-law, Fritzie Jezek, brother-in-law, Phil Shirey. She is survived by her husband, Edd Kennedy of the home, sister-in law, Juanita Jezek, of Chattanooga, TN, brother-in-law, Dick Sams, of Atlanta, Georgia, sister, Charlene Shirey, of Omaha, Nebraska, sister, Kathy O’Sullivan, and her husband Warren O’Sullivan, of Boston, Massachusetts, her three daughters mentioned above, her grandchildren, Chelsie Grigg (Jason), Ashley Jones (Scott) and Aaron Randall, Amber Ashworth (Taylor), Christina Wray (Matt) and Brady Bellinger, Ruby Geiger and Cory Geiger, her great grandchildren, Zoe, Bayleigh, and Kinzley, Harper, Brecken, and Boden, her nephews and nieces Debbie, Diane, Dana, and Lisa, Mike and David, Sarah, David, and Houston, Melissa and Eric, Dan, Peggy, Kathleen, and Eddie, and a few cherished cousins. We thank her doctors (she had around 8 of them) and their staff for the excellent care they provided. She left here on a good note having lived for a while at Concordia Life Care Community. In lieu of flowers, donations can be made to Crown Heights Christian Church, Bethany Children’s Health Center, or OU Children’s Center. There will be a viewing at Buchanan Funeral Service, address: 8712 N. Council Rd, Oklahoma City, OK 73132, on Thursday, July 21, 2022, from 1 – 8 with family members present from 6 – 8. The funeral service will be on Friday, July 22, 2022, at 10:00 AM at Resurrection Cemetery Chapel, address: 7500 W Britton Rd, Oklahoma City, OK 73132.