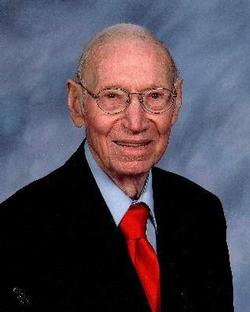 SLUDER,
Doyle C., age 89, of Oklahoma City rose to be with his Heavenly Father on Saturday, October 3, 2009. He was born May 14, 1920 in Cleburne, TX to Arthur Lee and Minnie Ola (Barnard) Sluder. He proudly served his country in the US Army during WWII. He worked in Farm and Hatchery with the US Agriculture Department and for Agee Millworking. Doyle was a member of Bethany Church of Christ for many years and loved his Church family dearly. He was preceded in death by his parents and his wife, Christine Parmley Sluder. He is survived by step-daughters, Becky Wright of Tupelo, OK and Edna Peoples of Garland, TX. He was blessed to have 12 surviving grand-children. He was especially close to granddaughters Marcia Eller and Elizabeth Robin Gray, who lived close by and took care of him since the death of their grandmother. He had the further blessings of many great-grandchildren and even lived to enjoy great-great-grandchildren. Memorial may be made in his honor to Oklahoma Medical Research Foundation. Services to celebrate his life will be 2:00 PM, Wednesday, October 7th at Bethany Church of Christ.