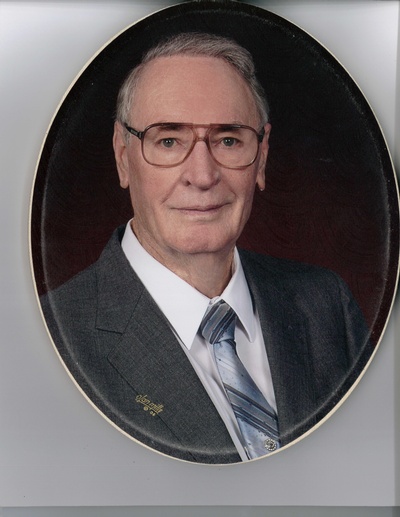 Dr. Herbert Monks died August 30, 2017 at the age of 90. He was born on March 5, 1927 near Eufaula, Oklahoma to William McKinley Monks and Bessie Howell Monks. He volunteered and served in the U.S. Navy during World War II. He returned from service and earned four degrees: Bachelor of Arts, Master of Teaching, Master of Science, and Doctor of Education.

He taught in public schools for nine years as a math teacher. He served as coach for five of those years and as a principal for six. He then became a professor of mathematics at Northeastern State University. He served as a faculty Council President, as Head of the Math Department, as President of the Oklahoma-Arkansas section of the Mathematical Association of America, on the faculty committee responsible for planning the NSU Student Union building, member of Kappa Mu Epsilon; he was Faculty Association President in 1970, was one of 10 college teachers awarded participation in the Summer Institute 1959, for the National Science Foundation. His career as an educator spanned forty years. He retired in 1988 as Emeritus Professor of Mathematics.

He co-developed the Monks/Carpenter Addition located on Victor Street – a street name derived from his middle name, where he built his home at 700 Victor Street.

He took part in a National Fall-Out Shelter Survey and became certified as a Radiological Defense Officer. Herbert’s advocacy for sidewalks with the Tahlequah City Council resulted in many additional school area sidewalks.

In 1972 he was the Oklahoma State Checker Champion. He took pleasure in giving free chess and dance lessons. His legacy includes the love and admiration of his family, his positive influence on hundreds of students, his support of many charitable organizations, and the example he set as a peacemaker to all who knew him.

He will be particularly missed by his sister Billie Dean and her husband Charles Prigmore of Tulsa, OK and sister-in-law Jackie Monks of Muskogee, OK and many cherished relatives and friends.

He is preceded in death by his parents, his brother John Monks and his sister Bess Murphy.