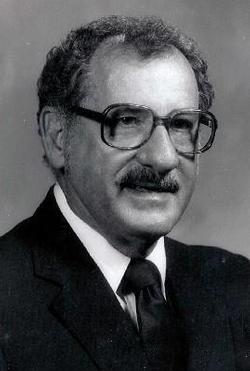 Earl Wallace Dean Jr. passed away December 27, 2009. He was born September 30, 1923 in Rosalia, KS. the only child of Earl W. and Irene (Halfhill) Dean. His parents preceded him in death. He moved to OKC in 1983, after living most of his life in Kansas. He was a 32nd degree mason and a member of Hope Lodge and American Legion Post #149 in Howard, KS, and Midian Shrine and Consistory in Wichita, KS. He was a decorated WWII Veteran having volunteered for military service in World War II. He served in Signal Corps which was assigned to Air Corps and Intelligence. He saw service in France, North Africa, Norway, Aleutian Islands, Greenland, Alaska, and Iceland and was discharged in March 1946. He was married to Marcia Copeland in Washington D.C. on Nov. 9, 1945. His career was spent in the insurance industry for General Motors. He is survived by his wife of 64 years, Marcia and daughters, Janet Williams, Laurel Nicoll and her husband Nick of OKC, Roxanne Fincham and her husband Chuck of Wichita, KS; 7 Grandchildren, Jeanne Lucas and husband Mark, Gretchen Stafford, Kristin Williams, Jennifer Erickson and husband Mike, Michael Fincham, Kimberly Nicoll, Nate Nicoll; Great-Grandchildren, Matthew and Jacob Lucas, Allison and Kathryn Stafford and Lauren Erickson. In lieu of flowers, memorials may be made in his honor to New Covenant Christian Church. A Memorial Service to celebrate his life will be Tuesday, December 29, 2009 at 2:00 PM at New Covenant Christian Church.