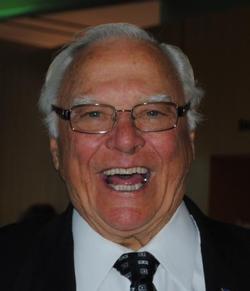 Earl Norman Neese was born in Forgan, Okahoma to Melvin and Helen Neese who both preceded him in death. After graduating from high school, Earl entered the United States Navy where he proudly served four years. Earl and Terry married in 1973. Earl is survived by his sons Michael and Russell and his daughter Kim Neese and her husband Buddy Belt, grandchildren, Emily & Erin Brown, Garrett & Jenny Neese, Mother in Law Vida Bowles, sister LaWilda Nash, sister in law, nephews, and hundreds of friends.

He attended the University of Oklahoma, graduated with a Bachelors degree in Accounting and became a lifelong Sooner fan! Always ambitious and hardworking, Earl earned his way through college by working at Gilt Edge Farms. Upon graduation, he joined Arthur Andersen, where he traveled extensively across the country auditing large corporations until a partnership was offered with Cecil Brite & Associates in Norman.

Ever the adventurer and entrepreneur, Earl's next chapter in life became real estate investments and the oil business. As a Controller for Eason Oil, Jones and Pellow, and Earlsboro, it was also during this time he and his wife Dr. Terry Neese started Terry Neese Personnel Services. With the marked success that TNPS was experiencing and the fact that Terry loved having his partnership, his expertise, his handsome smile and wit around, together they decided he should join TNPS full time. Earl did so in the late 80s and while he, of course, handled the accounting, he was also a personnel consultant. Although he retired from TNPS in 2001, he was always available and took such avid pride and interest in all that Terry continued to be involved in. He loved to help her empower women and help build free market systems around the globe!

For nearly forty years, the marriage and partnership of Earl and Terry Neese was so blessed and like no other: They traveled all over the world. They were devoted to each other and Earl always said "he taught her everything she knows". They were both VFR single engine pilots and Earl was IFR rated as well. They loved the beach and purchased several pieces of real estate in Gulf Shores, Alabama.

Earl was a poet and almost every conversation with Terry ended in a rhyme. His poetry ideas lead him to write several western novels. Two western books were published: The Doggo Trail and The Young Avenger.

In the later years as he fought heart disease, two colon cancers and chemo treatment, had a pacemaker and defibrillator implanted and was also struck by lightning twice, he never expressed defeat or pain. If you asked him how he was doing, he would always say, "I am doing wonderful!" That was his character. He loved people and always made everyone laugh.

Nothing was more important than his family and his faith. He deeply loved his children and his grandchildren. Earl and Terry were members of Westwood Church of Christ.

In lieu of flowers, Earl would like you to go to www.ieew.org/donate and help him continue to empower women around the globe through the Earl Neese Fund.