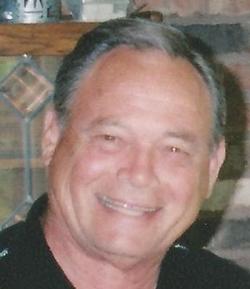 He attended Harding Elementary, NW Classen and the University of Oklahoma. With his earnings from a paper route Eddie purchased his first motorcycle, a Cushman Eagle. He later customized a 1951 Ford for his high school days.

Eddie married Patricia Ward and they welcomed two daughters and two sons. Eddie proudly served as an Oklahoma City Police officer in the early 1960's and was currently an honorary member of the OK Retired Police Officers Association. He began his 30 year distinguished career with Motorola in 1969 and retired as the National Sales Manager of Petroleum Marketing. The family made several moves during this time including Tulsa and Houston, TX. Eddie spent his retirement years residing in Edmond, OK where he has enjoyed his family, church, fishing trips, riding his motorcycle, Class of 56 reunion activities and traveling.
He is survived by his daughter Shari Edwards (Adrian), son Cory Greggs (Sally)son Tracy Greggs (Erika), grandchildren Stephen and Megan Edwards, Casey and Perry Greggs.Also his sister Bobbie Humphreys and cousin Sue Mouser. Predeceased by his parents anddaughter Terri Leigh Greggs. Dad we love you and will miss you very much.

Visitation will be today from 12 noon to 8PM with services to celebrate his life at 2:00 PM, Saturday, June 9, 2012 at Buchanan Funeral Service Chapel with burial to follow at Chapel Hill Memorial Gardens.