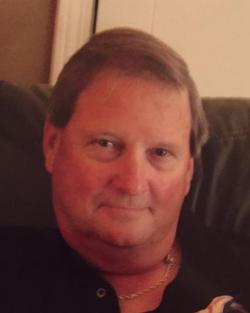 Ed Glass passed away in his home on Tuesday January 10th, 2017. He was 67 years of age. Eddie Dale (Howl) Glass was born on January 6th, 1950 in Levalland, Texas to Roy Dale Howl and Nettie Abigale Gray. After his father's death he was adopted by his step father, Emory W. Glass when he was 13 years ofage. He grew up in Odessa, Texas and graduated from Permian High School in 1968. He attended Texas Tech and Sul Ross Universities before marrying in 1970 and moving to Houston to work in the oil & gas business. He was transferred to Oklahoma City in 1978 where he lived until his death. He is survived by his daughter Teal Glass and partner Erik Tuttle with granddaughter Briar; Daughter Heather Goodner and husband Dustin with grandsons Max and Sam. He was also survived by his brother Travis Earl Childress and wife Roberta.

He was a loving father, grandfather, brother and friend. He was always there if you needed him. He was an avid golfer and loved spending time with his many friends at Twin Hills Country Club. He had a big personality and loved telling stories. Please join the family for a memorial and a celebration of his life at Twin Hills on Saturday January 28th at 2 pm. We welcome pictures or stories if you would like to share.