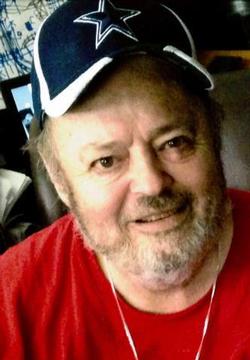 Edwin Earl Roberts, Jr (Ed) was born November 12, 1945 in Stamford, TX to Edwin Earl and Robbie Jo (Burson) Roberts. He went to be with his heavenly father on April 24, 2016. Ed was raised in Weinert, TX and graduated high school in 1964. He graduated with a degree in Economics from UCO. He was a very dedicated computer programmer and worked for the Oklahoma State Board of Regents for Higher Education. Ed proudly served his country in the U.S. Army and the U.S. Airforce. He married the love of his life Gayle in June 1, 1968. Ed loved hunting, fishing, and spending time with family. He is survived by his wife; daughter, Robyn and husband Matt Acre of Fairview, OK; grandchildren, Quade & Madalyn and other family members and friends.