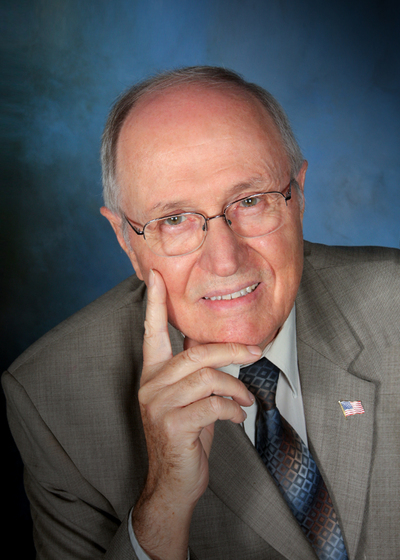 Elvio Canavesio went to be with his Lord and Savior on March 3, 2022; his 91st Birthday.

He was born on March 3, 1931 in Leones, Argentina, to Domingo and Dominga Canavesio. When he was 5 years old his mother set him on the bed and said to God, “I don’t have much, but I give you Elvio.” This humble gift and consecration would result in countless lives coming to Christ throughout a ministry which spanned more than 65 years.

At the age of 15, Elvio gave his heart to the Lord and, a couple of years later, attended Bible School in Buenos Aires. There, he fell in love with the missionaries’ daughter, Emma Andresen. Since her father would not let them marry before he had an education, Elvio decided to attend Holmes Bible College, and off he went with no money in his pocket and not speaking a word of English. In 1957, upon his graduation from Holmes, Elvio returned to Argentina and married Emma. Together they pastored churches and traveled with a revival tent, going from city to city evangelizing.

In Argentina, Elvio and Emma raised their 2 children; Esther and David. Eventually, they became United States citizens and were ordained as full-time missionaries with the Pentecostal Holiness Church. In 1974, Elvio became supervisor for all the Latin American and Caribbean work. It was then that the family moved to Oklahoma City and from there, he continued traveling to all the nations in his care.

In 1978, Elvio, Emma and David moved to Costa Rica and just nine years later, Emma passed away from Cancer. Then, when all seemed lost, God proved himself faithful, as Elvio fell in love with and married long-time missionary June Carter. Together, they continued working throughout Latin America until their retirement in 2001. But retirement was not the end as they settled in South Carolina and began a timely and successful ministry with the growing Hispanic community there, which included teaching in the INE (Instituto Nacional de Entrenamiento.)

Elvio’s life was marked by a fervent passion to reach the lost. When he arrived in heaven, on his 91st birthday, there must have been a multitude of souls there, celebrating his arrival and thanking him for sharing the message of Christ’s salvation with them.

The family wishes to thank Interim HealthCare for the loving and compassionate in-home care they gave to Elvio during his last days.