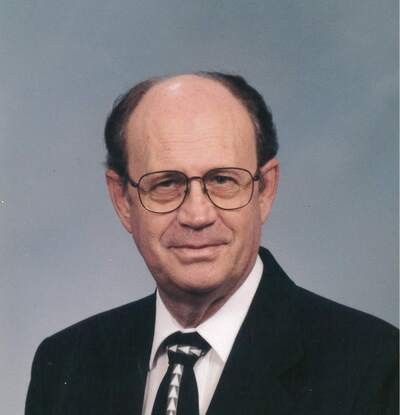 Dale is survived by his wife, Nola; his son, Eric Baze and two “grand”sons, Brody and Beau Baze; and several nieces, nephews, and many colleagues, neighbors and friends who love him.  Dale will continue to be loved and missed.

Dale was a native Oklahoman born on December 4, 1941. He was raised in a Christian home and became a Christian at the age of 9. He graduated from Capitol Hill High School in 1959 and held a Bachelor’s Degree in Language Arts and Master’s Degree in Education from the University of Central Oklahoma. Dale had a long and distinguished career in the real estate industry. He loved people and possessed a passion to teach students real estate principles. His work ethic was unparalleled; he was loyal and dependable.

In 1967 Dale entered the teaching profession and became a substitue teacher for the Oklahoma City Public Schools. In 1968 he contracted with Madill, OK High School to teach economics and psychology for one year. Beginning in the Fall of 1969 Dale taught English at Roosevelt Middle School, Oklahoma City, OK for ten years.

The Oklahoma Real Estate Commission (OREC) employed Dale for twenty years. At the time of his retirement in December 2000, Dale served as the Education Program Director for OREC. Upon retirement, Dale was presented the Governor’s Commendation by Governor Frank Keating for twenty years of honorable service to the State of Oklahoma.  In addition, Dale delivered numerous training classes in Oklahoma and other states for many years.

He was an avid reader and loved books. He wrote some non-real estate books. He wrote an entire volume of work about God and the Trinity entitled, “Who’s in Charge.” He was a unique and talented poet; some of his poetry was published; wrote Poetry Anthologies.

More than his love for books and real estate, his first love was for God, Family and Country. He loved the Lord and Bible. He “studied to show thyself approved.”  He served as a Deacon in 1970’s, became an ordained Baptist minister in 1979, taught Sunday School for over twenty years and served on many church committees. He attended and loved the Boomers Connect Class at Quail Springs Baptist Church.

Dale loved and enjoyed the time he spent with his wife, son and “grand”sons.  He always put his family first. Dale spent many hours with his son and “grand”sons looking at books, reading, playing, camping and loving them!  He was a devoted husband, father, Grandpa, colleague and friend to many.

He loved his country and served in the United States Air Force for six years.

Rest in peace, my Darling, you are with Jesus.  Love You Forever, Baze Family.