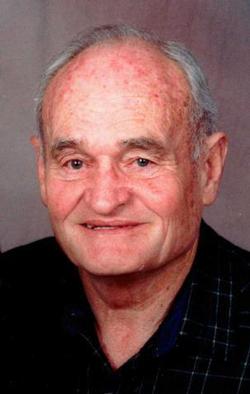 Gerald passed away after a courageous battle with pulmonary fibrosis. He was born in Howe, OK to Margaret I. (Music) and Hershell N. Manley. Gerald worked 25 years for Southwestern Bell Telephone Co. and retired from AT&T in 1985. His greatest joy was spending time with his kids and grandkids, who affectionately called him "Papaw". He was an avid sports fan and did a lot of armchair coaching during football games and NASCAR races. He's proceeded in death by his parents; brothers, Edward Elton Manley and Burl Gene Manley; sister, Florene Cochran. Gerald is survived by his wife of 59 years Beverly A. (Hamlin) Manley of the home; daughters, Brenda S. Medcalf of OKC, Patti A. Brock (Kent) of Aurora, CO; son, Gerald W. Manley II (Andrea) of Wentzville, MO; grandsons, Austin K. Brock (Chrissy) of Orlando, FL, Tyler L. Brock of Hutchinson, KS; Kevin A. Manley, of Wentzville, MO; granddaughters, Kati A. Brock of Aurora, CO, Kaci M. Manley of Wentzville, MO; Brother, Stanley H. Manley (Susan) of Kimberling City, MO and many nieces, nephews and cousins. In lieu of flowers donation may be made in his name to Pulmonary Fibrosis Foundation. Visitation will be Wednesday, May 1st from 10AM to 8PM. Services to celebrate his life will be 10 AM, Thursday in the Buchanan Funeral Home Chapel with burial to follow at Memorial Park Cemetery.