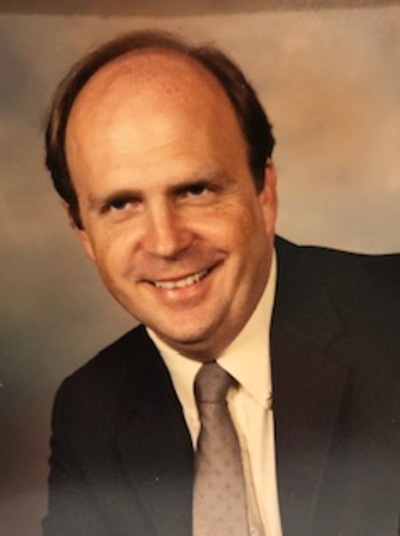 He grew up in*Fort Lauderdale, FL, *Rockford, IL, and *Thornton, CO before his family finally settled in OKC, in 1968.  He graduated from SE High School 1969.

He attended OU for two years before beginning his career at SW Bell Telephone. He started as a service representative, worked his way up in the company and was an external affairs manager when he retired in 2000.   During the 28 years he was with SW Bell he moved to Stillwater, OK, then Elk City, OK (where he met and married Stacey), and finally to Ardmore, OK.  He finally completed his degree from SE OK State University while working for SW Bell.

Glenn and Stacey, the love of his life, were married June 3, 1987, and have 1 daughter: Taylor.   Glenn has 3 wonderful children from his previous marriage: Trevor, Christy and Kevan.

Glenn supported and served in every community in which he lived.  He was fully involved in various organizations:

Past board of Trustees, Charles B. Goddard Center for the Visual and Performing Arts

Past board member, Oklahoma Arts Institute

Past board member, Oklahoma Committee for Prevention of Child Abuse

Past chair, Ardmore Communities in School

Past chair, Ardmore Chamber of Commerce

Past board member, Plainview Foundation

Past editorial board member, The Daily Ardmoreite

Past guest columnist, The Daily Ardmoreite

Member of the Board, Ardmore Chamber of Commerce

Past member of the Board, The Ardmore Children’s Shelter

Chairman of the Board, Ardmore Chamber of Commerce Foundation

He retired from SW Bell telephone in 2000. After piddling around the house for a year, he went back to work and continued to work until his health forced him to retire again in 2016.  His endeavors included,

Before his health stopped him, Glenn loved his Saturday morning golfing adventures with Bill Stauffer, Thom McGuire, Dave Brenner, and others.  Fun stories, both true and truth-adjacent have been shared throughout the years.  He also loved a good college football game if it was OU and they won.

Friends and family was the most important thing to Glenn.  He loved his kids and his grandkids and enjoyed spending as much time with them as he could. He was happiest when he and Stacey were finally able to move to the OKC metro area in March 2019 where they were closer to all the kids and grandkids.

Services to celebrate his life will be at 10:00 AM, Saturday, October 3, 2020 in the chapel of Buchanan Funeral Service in Oklahoma City.