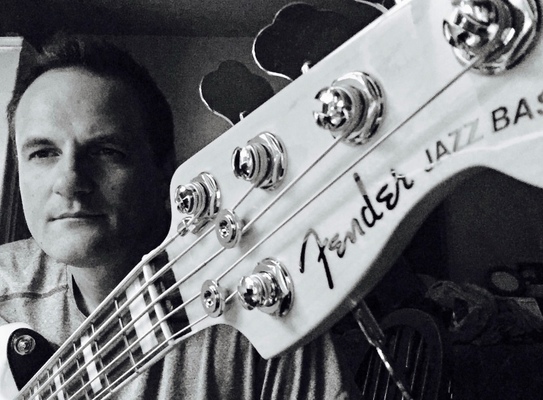 Gregory Bryan Nicholson, carpenter and musician, died unexpectedly on January 23, 2020 at the age of 48.
Greg is survived by his mother Debbie Sweten and step-father Larry, his father John Nicholson, sister Trish Winters and husband Mack, his brother Jonathon Nicholson and wife Lindsay, step brother Michael Corey Sweten and wife Maria, step brother Mathew Casey Sweten, close family friend Sue Hegeman, nephews Tyler and Tanner Winters, nieces Finley Nicholson, Audrey Sweten, and Samantha Spano and his renewed love Lori Callaway. He is predeceased by his grandfather Carle Martin, his grandmother, Virginia Martin; and his grandmother, Gloria Nicholson.
Greg was born in Harbor City, CA on December 7, 1971 to Debbie Sweten and John Nicholson. Growing up Greg had the opportunity to live in California, Texas, Utah, Alaska and Oklahoma.
Greg was a devoted son, brother, and uncle. He was an avid musician playing in multiple bands and especially talented at the bass guitar. He enjoyed teaching his nephew Tyler to play the guitar and even bought him his first bass guitar and Tanner his first drum set. He told Tyler if you can learn to play the bass all other guitars will come easy to you. Greg was a lover of all animals and especially drawn to strays, he could find an animal in need anywhere he went.
A funeral service is scheduled for 2:00 pm on January 29, 2020 at Buchanan Funeral Service on Council Road in OKC. Donations can be made in Greg’s honor to Rob’s Ranch, https://www.robsranch.org/