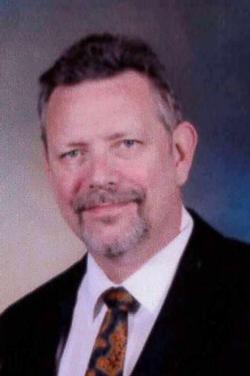 Bob was born in Great Falls, MT to Joreen Avonelle (Swift) and Major Robert Wilson Robinson. He moved to Montgomery, AL; Austin, TX; Felixstowe, England; Schenectady, NY; Pensacola, FL; and finally to OKC by age 10 after the death of his father. Despite moving so much he attended the same elementary school (Linwood), the same junior high (Taft) and would have attended Old Classen High School as his father did but for the building of Northwest Classen High School from which he graduated in 1972. He obtained two Bachelor degrees from Centenary College in Shreveport, LA. One in Theater and one in Psychology in 1976. He went on to obtain his Juris Doctorate from Oklahoma City University in 1980. He maintained a solo practice emphasizing in family law. He was a member of the Oklahoma Family Bar Division of the Oklahoma Bar Association. He is survived by his wife, Diane; sons Robert Robinson and his wife Ola, Dr. Nathan Vaughan, Matthew Vaughan; daughters, Andrea and her husband Jay Edwards, Rebekkah and her husband Stephen Trevino; His sister Roberta and her husband Sonny Stas; grandchildren, Jay Edwards, VII, Jocelyn Trevino, and a granddaughter on the way, Harper Edwards. The family would like to extend a special thank you to the MD Anderson Cancer Center, Good Shepherd Hospice, and to Dr. Aleda A. Toma and her staff for their excellent care of Bob. A memorial service to celebrate his life will be at 11:00 AM, Tuesday August 30, 2016 at St. Paul's Lutheran Church.