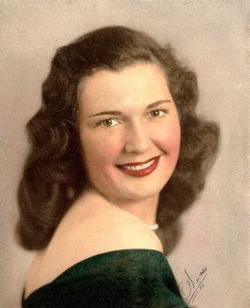 She was a buyer and fashion model for the department store, Curr's, and retired from the Putnam City School District with 25 years of service.

Ila is preceded in death by her husband, Dillon, her parents, and her sister Corrine Gunter, her brother Gene Parker, sister Velma thayer, and brother James Parker; she is survived by her children Deborah A. Barber (Steve) of Bethany, Vicki L. Mullings (Bill) of Ardmore, Toni R. Paxton (Thomas) of Yukon, and Mark. A. Thomas (Eva) of Yukon, as well as twelve grandchildren and eight great-grandchildren.

Memorial services will begin at 10:00 am, July 3, 2012, at Buchanan Chapel, followed by the interment at Resurrection Memorial Cemetery.