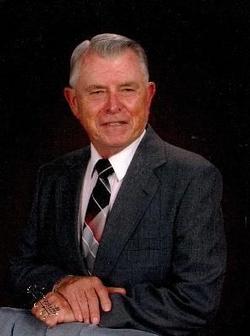 Ira Franklin Day, 76, lost his hard fought battle with melanoma and went home to be with his Lord and Savior, November 8, 2010 in Oklahoma City, OK. Ira was born to George and Mandy (Cox) Day in Kendrick, OK on August 7, 1934. At the age of 6, he moved with his family to California. Ira attended California Baptist College and transferred to Grand Canyon College, Phoenix, AZ where he received a Bachelor of Arts degree. He earned a Master of Divinity degree in 1965 from the Southern Baptist Theological Seminary at Louisville, KY. He was a charter member of the Magnolia Avenue Baptist Church in Riverside, CA

Rev. Day served as pastor of Southern Baptist churches for 44 years in various locations including Woodland, CA, Waterford, CA, Merced, CA and Lake Forest, CA, as well as pastor at an Indian reservation in Sedona, AZ. Ira went on mission trips to Sweden and Korea during his years in the ministry. He retired from the ministry at El Toro Baptist Church, Lake Forest, CA in 2000. He and his wife, Rama, resided in Hot Springs, AR until March, 2010 when they moved to Oklahoma City to be near family. Mr. Day enjoyed fishing, was an avid reader, enjoyed western movies, and collecting antique model cars. He loved spending time with his children and grandchildren.