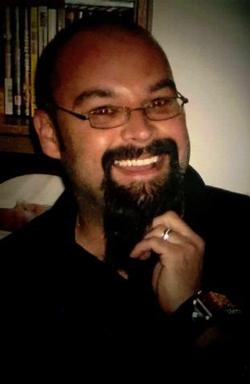 Jackie Don Hambrick passed away on March 4th 2016 in Oklahoma City, OK. He was born on April 21st. 1977 to Randal & Carla Hambrick in OKC, OK. He was preceded in death by his Beloved Grandfather Jim Maxey, his Uncle James Maxey and Brother-in-Law DeAndre Poole.

Jackie graduated from Putnam City Original High School and went directly to work for the Family owned business Maxey's Cycles before moving on and finishing his career at Shawnee Honda. In his free time he enjoyed racing dirt bikes and taking a cruise on his street bike. Jackie dedicated his last several years spending quality time with his daughters and caring for his Grandmother. He will always be remembered for his contagious smile and his abilities to make others laugh.