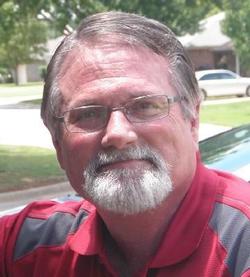 James "Rick" Harless,
Rick, 60, passed away on July 15, 2010 in OKC. He was born on January 8, 1950 in OKC to George and Pauline Harless. He is preceded in death by his parents. He is survived by his son Brent Harless and wife Abby; daughter Kelly and husband Jim Edmiaston; grandchildren, Avery and Carter Edmiaston; former wife Linda Harless, sisters, Donna Carey, Teresa Kracht.
Service will be 11:00 AM, Tuesday, July 20, 2010 at Epiphany of the Lord Catholic Church 7336 W. Britton Rd.