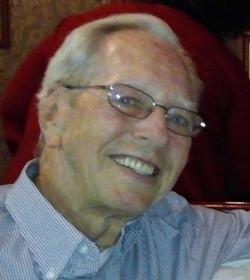 James Henry Pierson, son of John Howard Pierson Sr. and Anna Weller Pierson-Green, was born 5/4/1940 in Oklahoma City, OK. He grew up in Harrah, Oklahoma, and Oklahoma City, graduating from John Marshall High School in 1958. Jim, as he was known by his many friends and family, loved to be on the ocean. In his younger years, he could be found on the pier, or enjoying the California sun upon his parents' boats. During his lifetime, Jim supported his parents in developing and expanding their vitamin company, The Pierson Company, which he, along with his brother, John, bought, managed. During this time, Jim was very proud that he and John were active in the Orange County 20/30 Club which supported Muscular Dystrophy. After that time, Jim had a varied work history which included a variety of jobs from restaurateur, mountain tour guide and salesman. He also loved to fish and play golf and spend time with family and friends whenever he could.

He was preceded in death by his parents and his wife Beverlee G. Brown Pierson and an infant son from a previous marriage.

Jim was a friend to many, had a great sense of humor and will be missed dearly.

Services to celebrate his life will be at 3:00 PM on Friday, October 14, 2016 in the chapel of Buchanan Funeral Service.