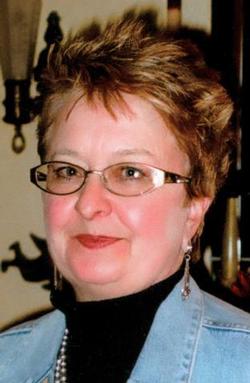 On the morning of August 31, 2013 at the age of 67, the Lord Jesus Christ fulfilled the promise that he made with Janice Ann Watson and gave her the promised crown of everlasting life. Throughout her illness she remained a strong example of faith to those whose lives intersected hers. Janice was born in Ada, OK on April 19, 1946 to Charlie and Ruby Deaton. She was preceded in death by her parents and a nephew, Jesse Deaton. She graduated from Byng High School where se played basketball and was a cheerleader. Janice married the love of her life, Virgil Earl Watson on Nov. 9, 1984. During their 29 year marriage they enjoyed many adventures to various places in the US. Janice and Earl hosted many blended family gatherings at their home especially during the holiday season. Their home was a reflection of her beauty holding many unique and artful sentiments throughout their home and garden. Janice spent her professional life in the financial industry. She joined Banc First in Norman, Ok and served as VP for the last 20 years. She formed many close personal and professional friendships during that time. She is survived by her loving husband, Earl; devoted daughter, Tamara Kelley of OKC; 2 brothers, Bill Deaton of Ada, OK and Bob and wife Sheila Deaton of Yukon, OK; caring sons, Tom, Todd and Rodney and wife Rhonda Watson all of OKC; aunt, June Wooten of Independence, MO; her grandchildren, Jason Watson, Eliot Casiano, Sean Watson, Tiffany Watson and Thomas Watson; her great-grandchildren, Kreede and Landry Watson and many other family members and friends who will miss her greatly during this temporary separation. Visitation will be Wed, Thurs and Friday from 1:00 to 8:00 PM at the funeral home. Services to celebrate her life will be 2:00 PM, Saturday, Sept. 7 at Northwest Baptist Church