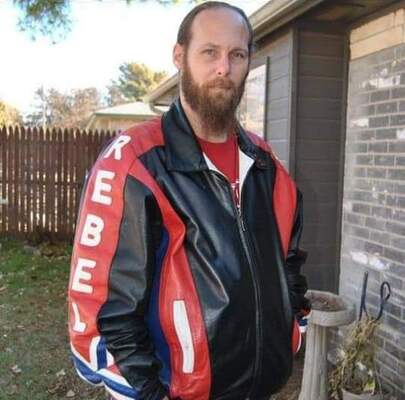 Jason Dwayne White (TAZ), age 42, went to be with his Heavenly Father on October, 9th, 2020. He was born December, 3rd, 1977 in Oklahoma City, Oklahoma to his beautiful mother Valeta Chitty and his father William White.  He married twice to two beautiful women, Julie Hellwig whom he had a daughter, Marlene White, and Donna White whom she shared three children with one being his son Justin Jackson who he raised as his own and wouldn’t have any other way. Jason lived his life to the fullest with many friends and loved ones.  Jason went on many hunting, and fishing trips, also many journeys.  He was very outspoken and very blunt.  He was an honest man and he told you how it was.  Jason was a very good friend to many people.  Jason was always the first one to help others, he wouldn’t let anyone go without. He was preceded in death by William White, his father; and his grandson, Darius Gotcher. Jason is survived by his mother, Valeta Chitty; stepfather, Nick Gaulden; his brother, Darren White; his sisters, April Moore, Wanita White and Samantha White; his daughter, Marlene White; step son, Justin Jackson; grandchildren, Elijah Gotcher, Lillyana Faith, Kelvin Junior, Pheonix Ramos, Adrian Ramos, Bellamy Ramos, Sienna Jackson and Eliana Jackson; and many other family members and friends. His passion was his family and he found great joy in video games, fishing, hunting, playing pool and spending time with family.