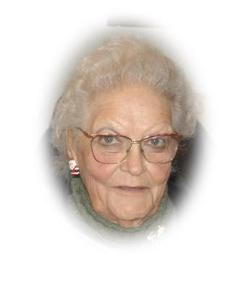 Mary Jean Whittington Hale of Oklahoma City passed from this life April 15, 2011. Born in Oenaville, TX, April 22, 1925 to John Wilbur and Vera Lee (Davis) Whittington, she grew up through the dust bowl and great depression. She spent her early years on the family cotton farm and attended schools at Oenaville and Temple, finishing high school at Tivy High, Kerrville, TX. She continued her education there at Schreiner Institute where she met Earl P. Hale of Markham, TX, the love of her life and husband of 68 years. They married December 30, 1942 while still students at Schreiner. When he was called to active duty in the Army in WWII, she lived with family in Waco, Seattle, Markham and Bay City. After his military service they moved to Norman, OK where Earl became one of Jim Tatum&#39;s 1946 post-war football players at Oklahoma University. After Earl became a geologist with Gulf Oil they spent many years in &quot;oil patch&quot; cities — New Orleans & Morgan City, LA, Jackson, MS, Luanda, Angola, & Houston, TX before moving to Norman and finally Oklahoma City. Jean never knew a stranger and made friends everywhere she went. Living a full and rich 84 years of life, she cared for her family and worked in the communities wherever they were. She was a district leader in the Girl Scouts in Louisiana, worked summer camps and day camps, and taught fifth grade in Morgan City. She spent countless hours working in her church and bible school. Moving to OKC in 1977 she became involved in working with Newcomers Clubs and enjoyed the Elks Club bowling league.
She was preceded in death by her grandparents, parents, and one sister, JoAnn Beard. She is survived by her husband, Earl, one daughter Mary Lee Looper and husband Garry of Oklahoma City, two granddaughters Kelly Fike and husband Matt of Byng, OK, and Marla Looper, Iowa City, Iowa, three granddaughters Kaylen, Kendall and Kirsten Fike of Byng, and a host of nieces and nephews. She was known to most as &quot;Mammaw&quot; and was the biggest fan that any daughter, granddaughter or great granddaughter could ever have. She loved to follow their activities from sports to beauty pageants, whether it be in town or across the country, from California to Florida. She loved life and will be greatly missed.