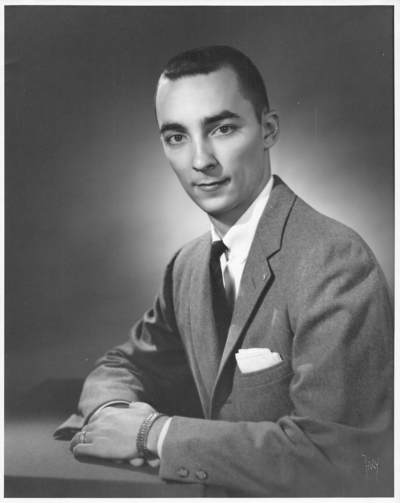 Jerald Ashby’s Memorial Service has been canceled. Thank you for understanding.

Jerald Wilson Ashby, age 84, went to be with his Heavenly Father on March 8, 2020.  He was born on January 26, 1936 at St. Anthony Hospital in Oklahoma City as the only child of John Wilson and Eva Ida Ashby.  He grew up in Oklahoma City with only a few years of his early childhood in Santa Monica, California.  During the third grade at Lincoln Elementary School in Oklahoma City, he met Marilyn Sue Constant, who became the love of his life.  They continued their friendship at Northeast Jr. and Sr. High School.  They started “going steady” at age 16.  After graduation in 1954, they attended Oklahoma A&M (Oklahoma State University) where Jerald enrolled in Veterinary Science with plans to become a veterinarian.

Jerald always had a love of animals, especially his Boston Terrier – Bebe and pups, his Dalmation – Ermine and pups and Mary Lou the goat.  However, Zoology did him in, so he changed his major to Business Administration.  He loved everything else about college life – especially his fraternity, Beta Theta Pi, driving his 1955 red and white Chevy convertible with a continental tire kit on the back with the white cloth top down and Marilyn by his side.  He decided to return to Oklahoma City his junior year to live at home, work for Home Federal Savings and Loan, and finish his business degree at Oklahoma City University.

At Christmas break in December of 1957 he proposed to Marilyn and they set their wedding date to be June 14, 1958 at First Presbyterian Church in Oklahoma City.  In 1959 he completed his B.S. in Business Administration from OCU.  He served in the U.S. Navy Reserve and was honorably discharged in 1962.

Jerald was preceded in death by his parents.  He is survived by his wife, Marilyn, two daughters, Julie and Cheri, three granddaughters, Ariana Foote and husband Daniel; Cheriden Hawk and husband Brett; Desirae Gardner; and great granddaughter Eva Foote.

Jerald and Marilyn’s marriage spanned 61+ loving, exciting years with, you could easily say, “not a dull moment”.  For many years he was a member of St. Stephen’s Presbyterian Church in Oklahoma City from its inception, serving as a Deacon and an Elder.

Most of the things he did to provide a living for his family were real estate-related.  He was a residential real estate appraiser, a real estate broker, and owner with his parents of various rental properties.  Before becoming an appraiser he worked at Home Federal Savings & Loan in south Oklahoma City and managed Ashby Insurance Agency for a time.  He built two apartment houses, furnished by his mother and wife, as well as several homes – all as a “side” venture.  He managed three family farms after 1995.  During this time as manager he negotiated oil and gas leases, hunting leases and commercial sign leases.  He also developed and taught real estate appraisal classes approved as a continuing education for realtors.  He taught these classes for several years at Francis Tuttle Votech NW OKC campus and at Rose State College in Midwest City.

Jerald enjoyed his rewarding work with Sertoma, an international civic organization where he held various offices including president.  In the early 1990’s he started his voluntary work with the Oklahoma City Metropolitan Association of Realtors, holding most offices ending with the presidency in 1997.

His love for going to the family farms on weekends and summers started in his young teenage years.  He spent many times with his parents on the “cabin” farm riding horseback, driving the tractor, raising and even branding cattle.  Many of his high school buddies and Marilyn got to enjoy the farm experiences, too.

He enjoyed many sports at various levels during his life.  He participated in bowling, ping pong, horseshoes, basketball, tennis, baseball, racquetball, waterskiing, snow skiing, pickle ball, golf and of course, he loved to fish.

He and Marilyn participated in most of these activities together, sometimes even as partners.  The last sport they participated in was pickle ball in 2015.  Two years in a row they won the Yukon Senior Olympics doubles championship, playing people close to their age; however, they were the oldest.  In their early married life Jerald raced his go cart with a team in various cities.

Family was always foremost in Jerald’s life and he certainly continued that with all his granddaughters as he was greatly involved in their lives.  He loved to travel in Oklahoma and inside the USA with friends and family.  During the late 1990’s and later he and Marilyn were privileged to visit several special places outside the US.

His last large endeavor was developing and opening Rt. 66 Traders Market near Yukon in 2000.  Later that evolved into field trips for elementary children by building the Pizza Farm, Animal Farm, Pumpkin Patch and a worm farm at the same location.  The next conversion on the same location was his development of indoor laser tag and outdoor laser tag, and other family friendly entertainment venues such as bathtub racing, Spiderman climbing wall, and an indoor maze.  Many birthday parties were booked because of these special activities.  This continued until 2009.  After that he was connected in various ways with the process of rehabbing of residential properties in various area of OKC until he was finally forced to retire.

Of all the interesting and different things he did during his lifetime, we can remember him as a “people” person, truly interested in learning about others and getting to hear their stories.  He did live an honorable, respectful, resilient and loving life.

In lieu of flowers the family requests memorials be made to the Alzheimer’s Association of Oklahoma.  The family gives special thanks to all involved with Memory Care at Southern Plaza in Bethany, OK and to the compassionate care given by Good Shepherd Hospice.