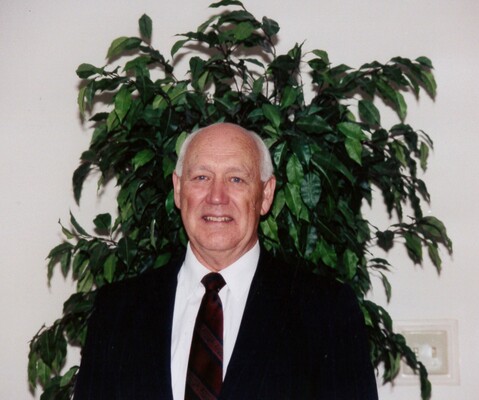 To view the livestream of Jerry’s service, Please Click Here.

Jerry Wayne Robertson was born February 18, 1940 in Seminole, OK to Ed and Mary (King) Robertson. He was a safety inspector for the Federal Railroad Administration, and served his country in the Army National Guard. He was preceded in death by his parents and son Tod Robertson. He is survived by his wife Charlene; son Brad and wife Kim Robertson; son Carey and wife Lisa Robertson; brother Scotty Robertson; sister Janette Whittern; six grandchildren, Kelsey, Lauren, Bailey, Rylee, Bryson, Bradyn; two great-grandsons, Brandon and Liam.

Visitation for Jerry will be Sunday, June 20, from 1-5 pm at Buchanan Funeral Service. Services to celebrate his life will be Monday, June 21 at 11 am.

Jerry was a devoted husband of 62 years and devoted to his entire family. Jerry was also a Christian and very active in his church and developed unforgettable  friendships there. He also loved traveling, playing golf, fishing, watching sports and spending time with his family. His laugh was contagious and he had a positive impact on all who met him. Jerry worked 34 years in the railway industry and thoroughly enjoyed his work. We love and miss him, until we meet again.