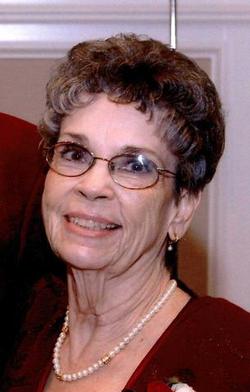 Jo Lynn Hall, 81, of Piedmont, passed away peacefully on Monday, March 11, 2013, at Mercy Hospital following a brief illness.
Jo Lynn was born July 19, 1931, at Mustang, OK, to Claude Bertram and Adelia Adeline (Davis) Hughes. She was raised in the Jones area, first attending a one room school and graduating from Jones High School. She met the love of her life, R. C. Hall, while he was working at his family's gas station and grocery store. They were married in Crutcho on June 27, 1953. They were stationed in Germany while R. C. was serving in the U.S. Army during the Korean Conflict, then returned to Oklahoma City, where they began raising their family. They moved to Piedmont in 1970, where she helped her husband in the Farmers Insurance Agency. She was a devoted mother and grandmother, and carried her love of children over to the Mother's Day Out program of the Methodist Church, where she enjoyed working for several years. She was a long time member of the Piedmont First United Methodist Church.

Jo Lynn was THE biggest Elvis fan; her family always knew what kind of Christmas or birthday gift to get her, anything to do with Elvis! She loved all the various cats of her life, most recently Princess. She also enjoyed reading, working crossword puzzles, and playing the slot machines.

She was preceded in death by her husband, R. C., parents and a brother, Claude.