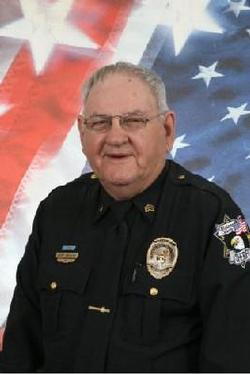 Graham,
John Earl, passed from this life too soon in the early morning hours of October 12, 2011. He was born on February 13, 1938 to John and Jewell Taylor of Storey, AR. Due to complications after his birth, he was later adopted by his aunt, Earl and Beulah Graham, who brought him to Oklahoma City at the age of 2. John lived in the OKC Metro area for the remainder of his life. He is a graduate of NW Classen H.S. and served in the Air National Guard for 7 years. In August of 1958 he met and subsequently married the love of his life, Carolyn Sue Kinney on March 25th 1960. John worked as a meter reader for ONG as they began their family. In 1963 he completed the OKC Police Academy and served 20 years on the force. During his tenure he drove a cruiser, worked in the pilot program for community service officers, walked his beat on N. E. 23rd St. and flew as observer in the helicopter program. He retired from OCPD in 1983 after 20 years of service. John then embarked on a second career with the OK County Sheriff&#39;s Department serving papers. The majority of his tenure was spent transporting prisoners intrastate, ending with his appointment to Sergeant in Judicial Services. John was a charter member of the Fraternal Order of Police organizations for the OCPD and the OK County Sheriff&#39;s Department. He was a member of the Retired Police Officers Association, serving as their President for 10 terms. He enjoyed the camaraderie of the Blue Knights and their frequent motorcycle runs. His weekend breakfast group was another source of friendships that he valued. On March 25th, 2011, John celebrated 51 years of a loving, happy marriage with &quot;Suzie&quot;. &quot;Johnny&quot; was a wonderful provider, husband, father and exceptional &quot;Poppy&quot; to his twin granddaughters. He is best remembered for his joyful spirit, infectious laughter and steady stream of jokes. Johnny is survived by his wife, Suzie of the home, daughter Debbie and Stephen Hageman of Wichita, KS, son John Michael and twin granddaughters, Grace and Hannah Benson, step-grandchildren Cory Hageman, Lindsay and Ben Jervis, Sisters, Betty Jenan and Nova Perret; and a brother Delmar Taylor. His family extends love and appreciation to his long time partner, Deputy Colonel Miller, for his unrelenting support in respect of his departed partner. We are grateful to Colonel for the comfort of the common and familiar traits, born of a longtime partnership, that remind us of our daddy. Many thanks to the Medical Team at Oklahoma Heart Hospital for their efforts on daddy&#39;s behalf. We love you, Poppy. Like you always told us, &quot;When it&#39;s your time to go, it&#39;s your time&quot;. You may be &quot;DRT&quot;, but you remain very much alive in our hearts now and forever. Visitation will be Saturday and Sunday, 1:00 – 8:00 PM with the family receiving visitors from 2:00-4:00 PM both days at Buchanan Funeral Service. Services to celebrate his life will be 10:00 AM, Monday, October 17th at Baptist Temple with interment to follow at Chapel Hill Memorial Gardens.