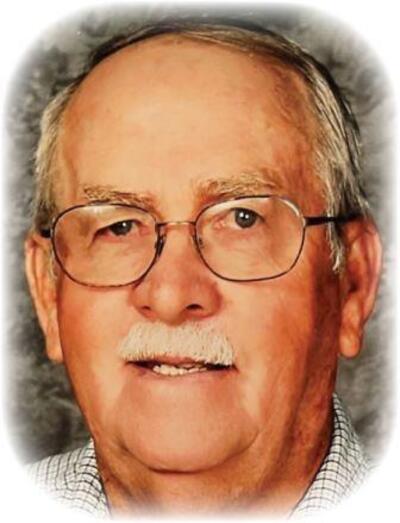 He passed from this life to his new heavenly home on August 24, 2022 to join his parents, brother, sisters, and son.

John was a quiet man of faith, with a love for his country and family.

He graduated from Fort Supply High School in 1954 and immediately joined the United States Air Force. While stationed in Casablanca, French Morocco he met Esther “Katy’ where she was working at the uso. They fell in love and were married in Morocco before returning to Fort Supply to start their family. They were blessed with two sons, Glen and Mike.

John was a farmer and rancher, but also worked as a heavy equipment operator for the State of Oklahoma until his retirement.

But his greatest joy was spending time with his family, grandchildren and great grandchildren. They moved to Piedmont, Oklahoma in April 2014 to be close to family after spending his entire life in Fort Supply.

He is survived by his wife of 63 years, Katy, son Mike and wife Marsha, grandchildren, Travis Norman and wife Kayla, Joanna Roller and husband James, Emily Norman, William Tucker and Mica Norman and fiance’ Christopher von Brandt, great grandchildren, Harper and Haddie Roller and Silas von Brandt along with many nieces and nephews that loved him dearly.